The Lotus Esprit was a sports car built by Lotus from 1976 to 2004. The Silver Italdesign concept that eventually became the Esprit was unveiled at the Turin motor show in 1972, and was a development of a stretched Lotus Europa chassis. It is held to be among the first of designer Giorgetto Giugiaro’s “folded paper” designs. Originally, the name Kiwi was proposed, but in keeping with the E naming format of Lotus tradition, the name was changed to Esprit.

A series of improvements made to the Esprit during its initial run culminated in the S2 (Series 2) Esprit, which was introduced in 1978. The most obvious of these changes are intake and cooling duct “ears” located behind the rearquarter window, tail lights from the Rover SD1, and an integrated front spoiler. S2 Esprits also used 14-inch (360 mm) Speedline alloy wheels designed specifically for Lotus. Other changes included relocating the battery from above the right side fuel tank (under the rear quarter window) to the rear of the car, adding an access door to the engine cover.

1978 Lotus Esprit with 45,765 kms. The exterior is Red with a Black interior. 5 Speed manual transmission with a Inline-4 engine, dual overhead camshafts (DOHC) and 16 valves. Options include A/C and power windows. 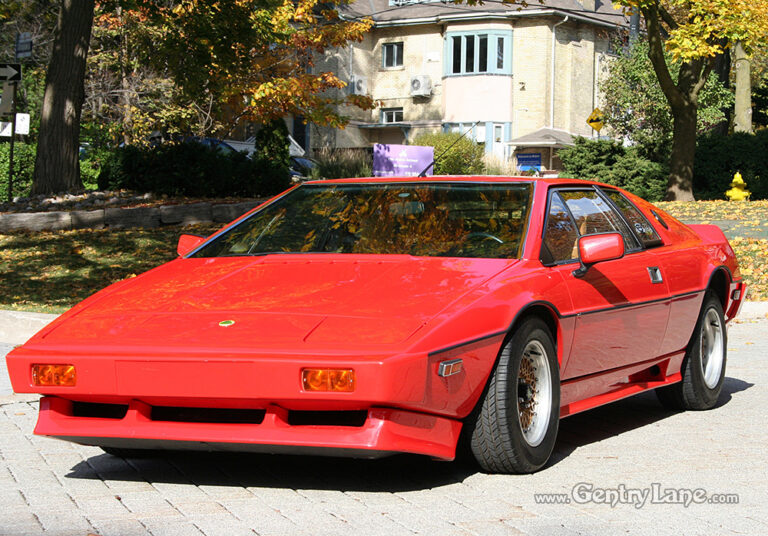 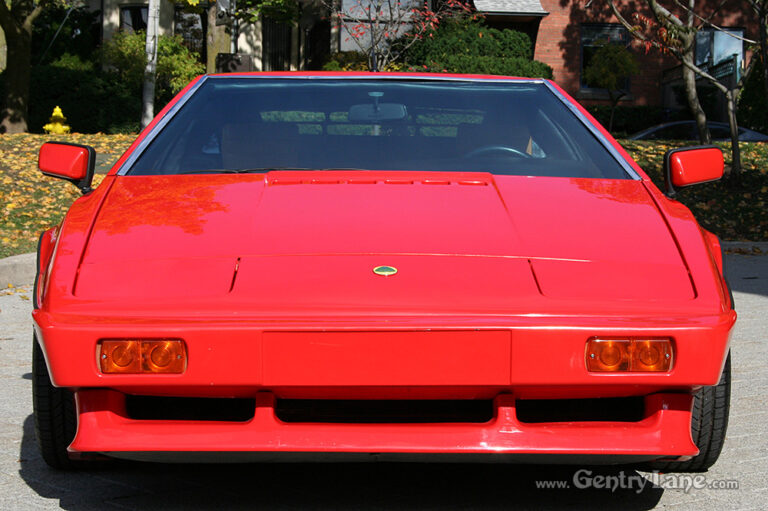 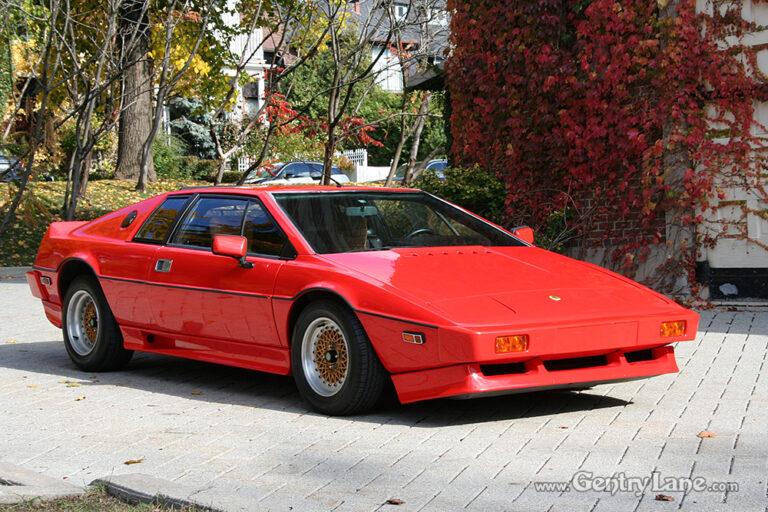 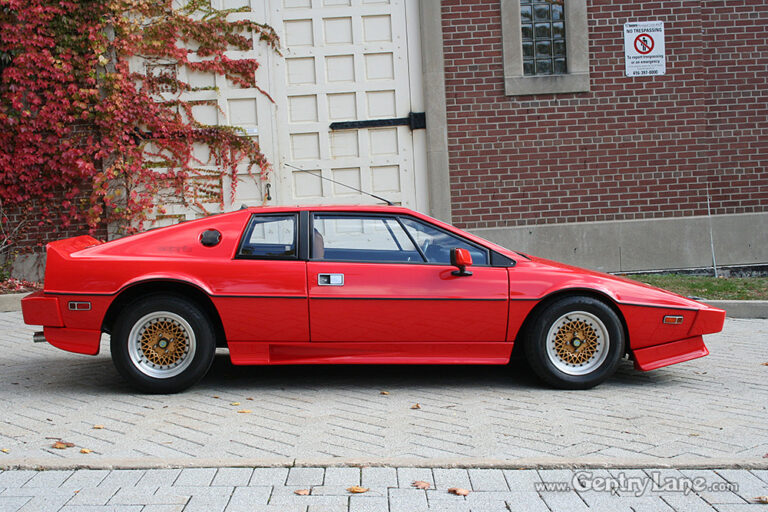 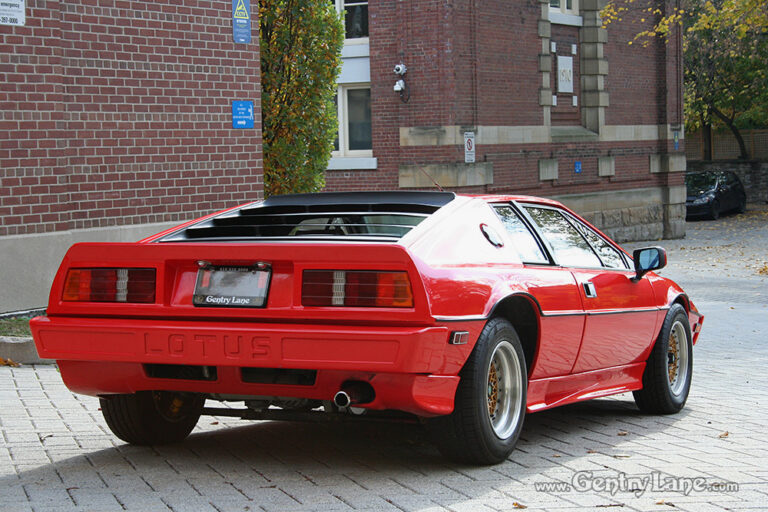 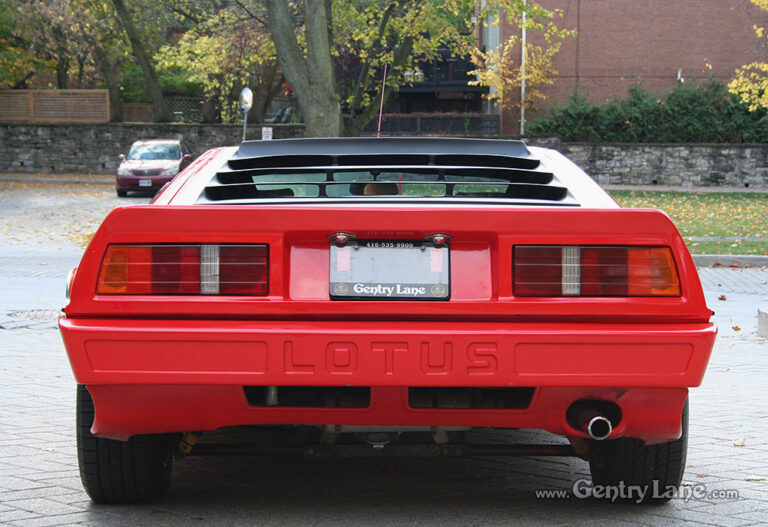 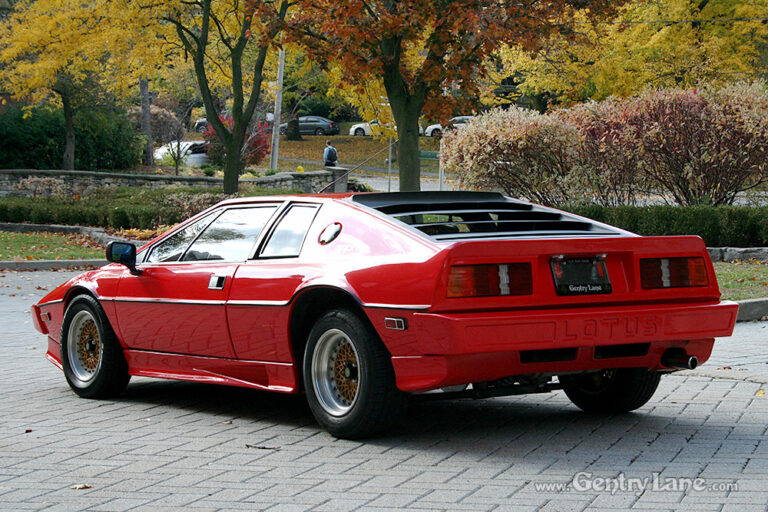 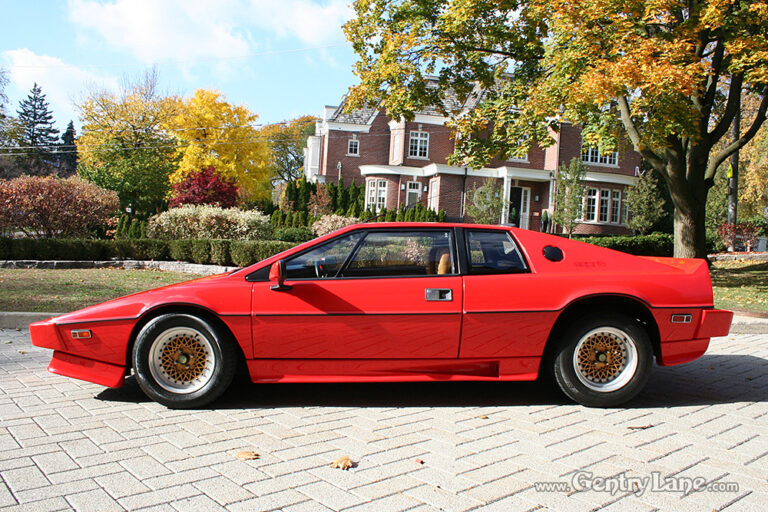 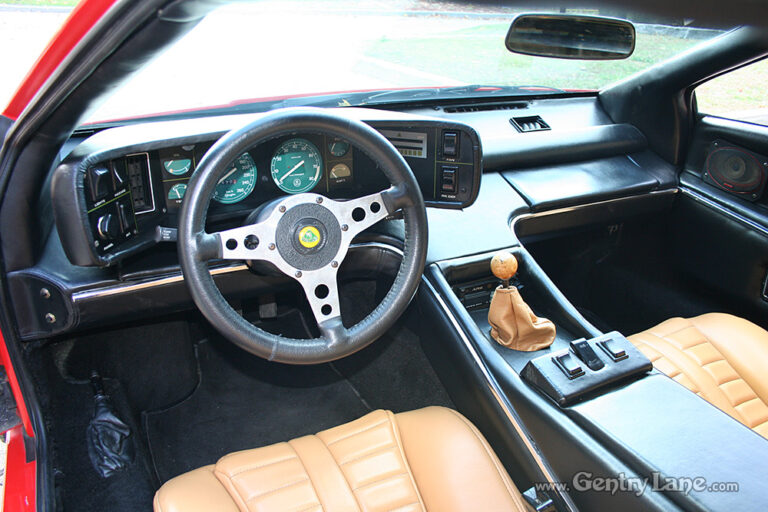 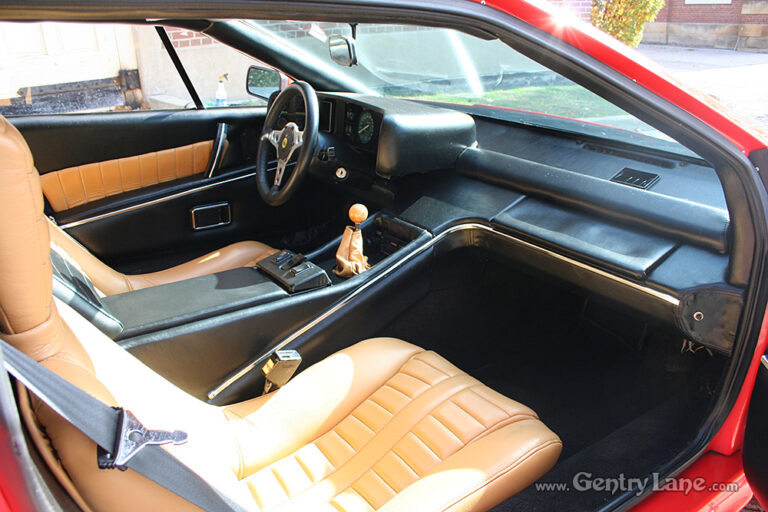 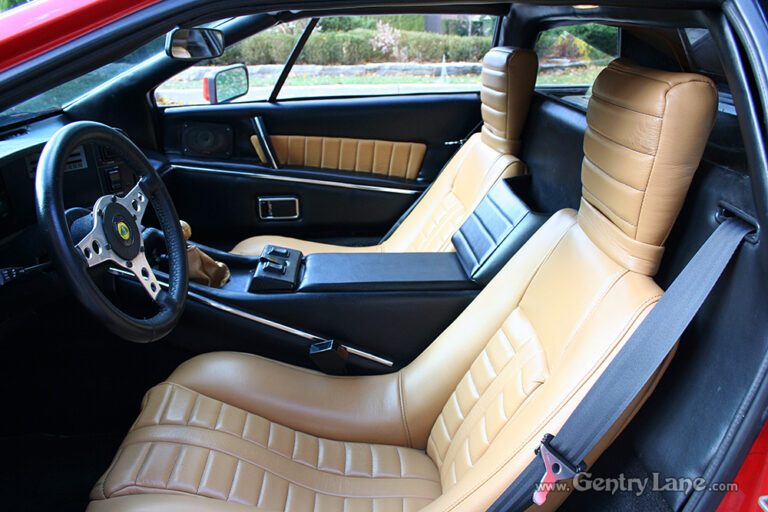 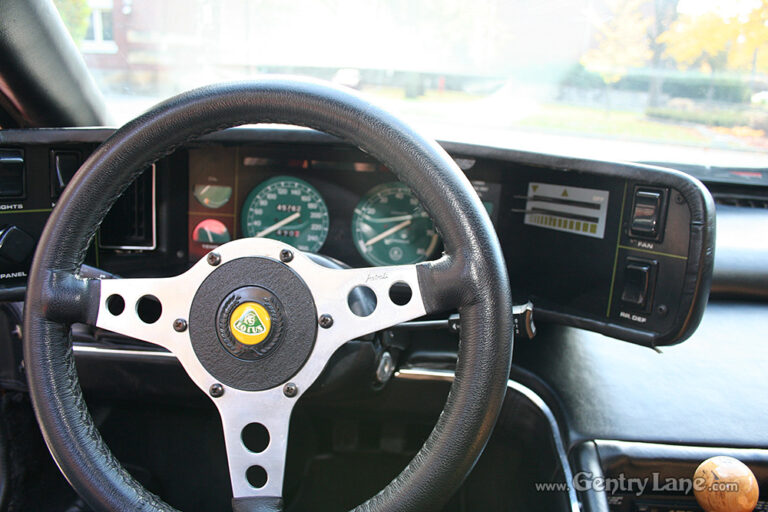 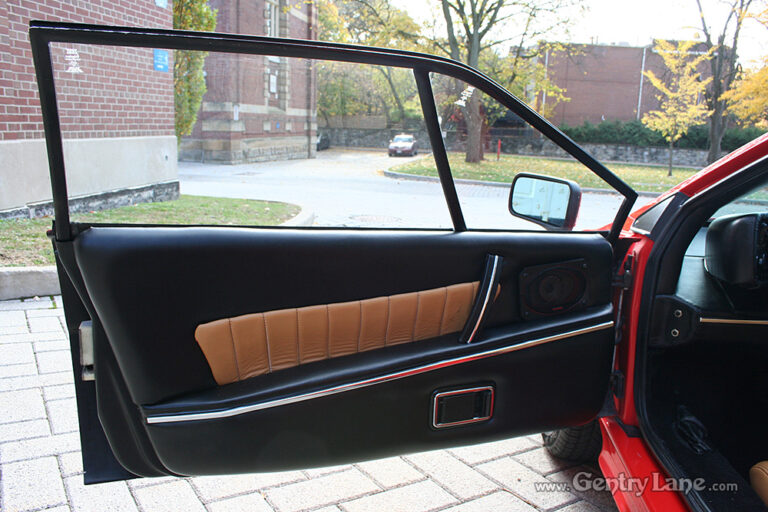 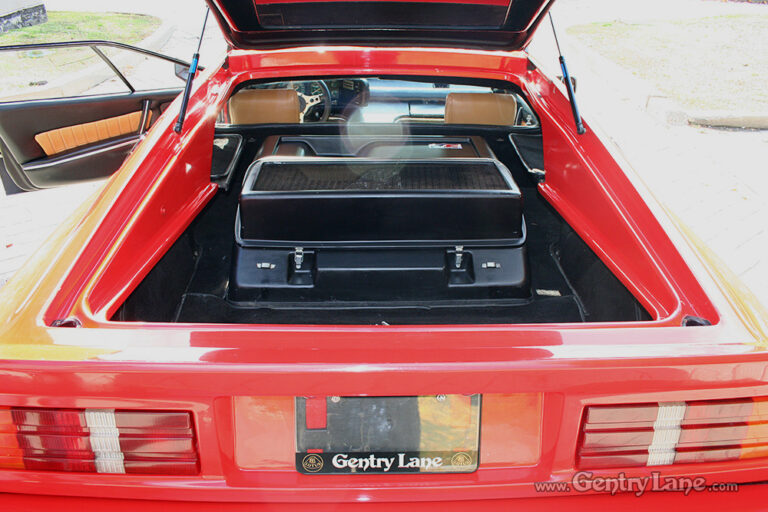 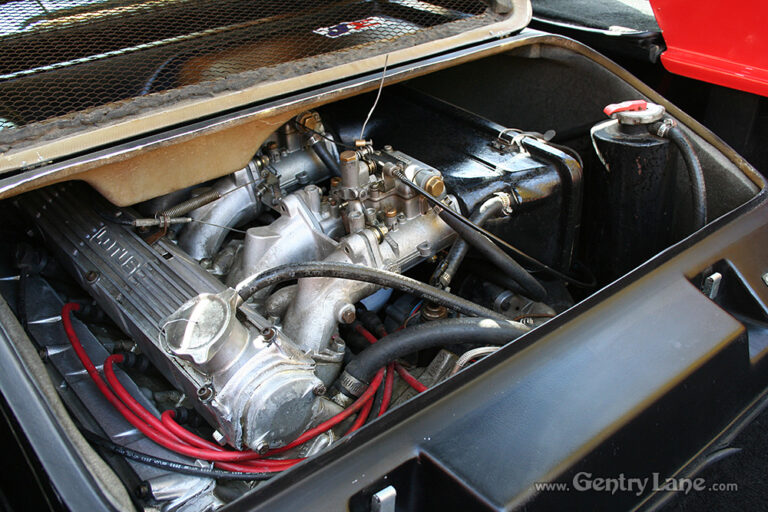 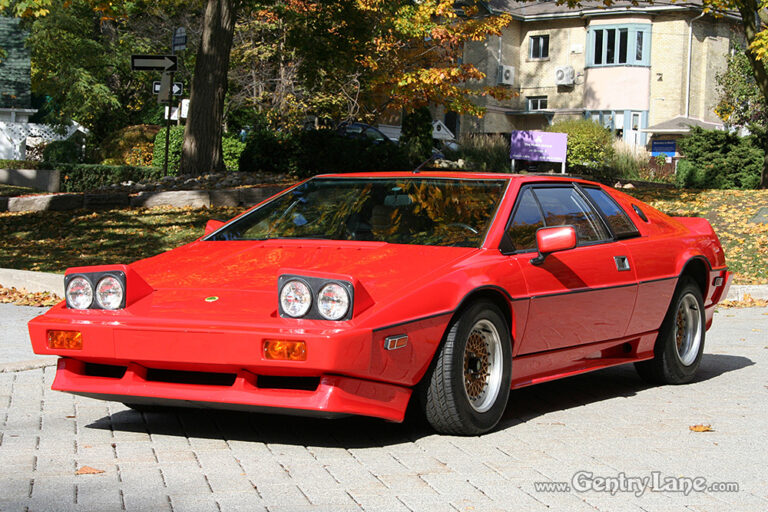 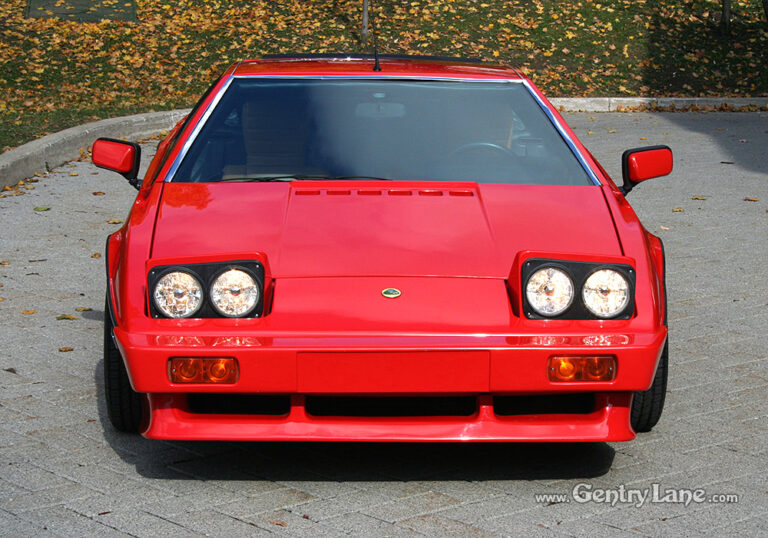 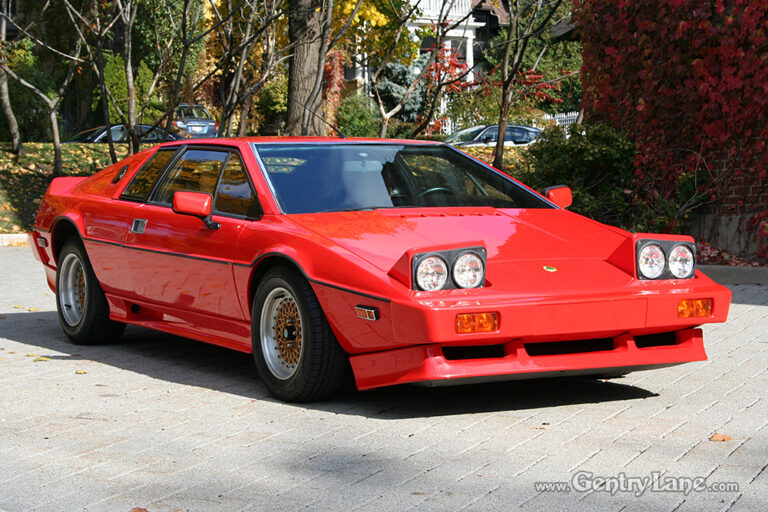 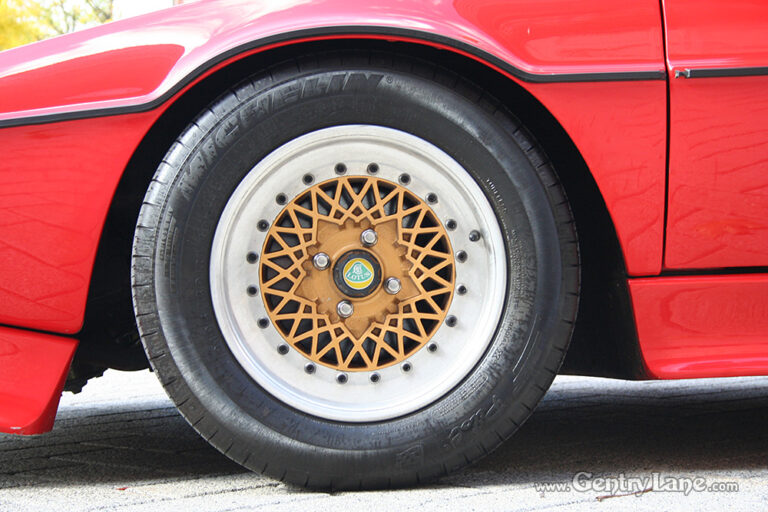 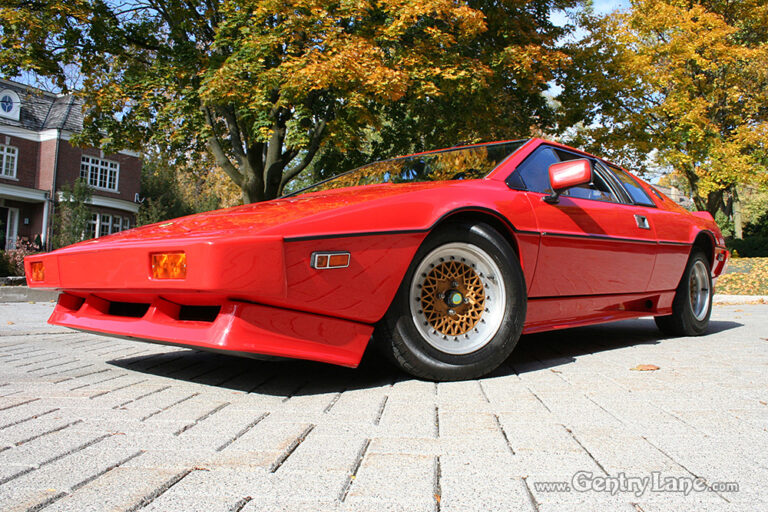 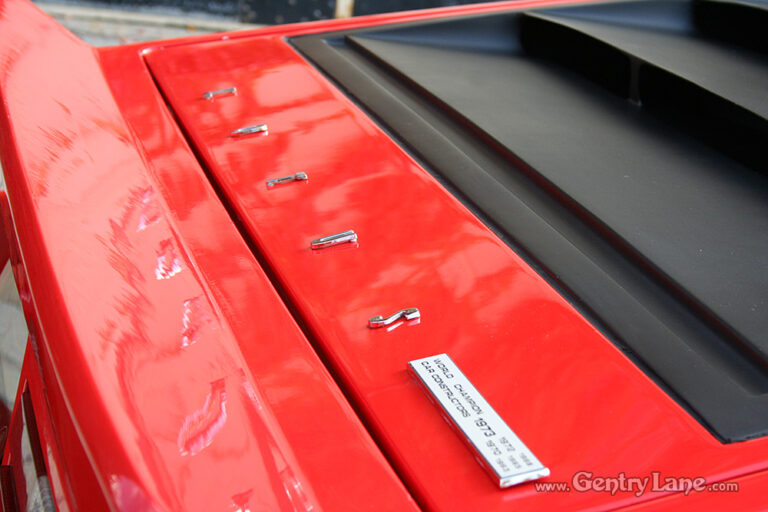